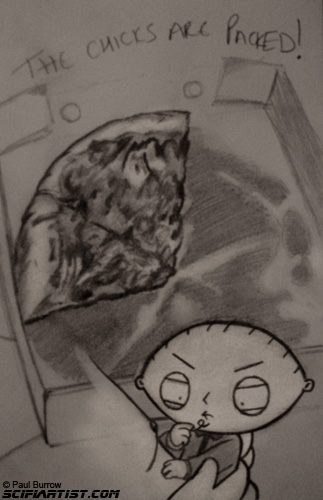 The guys who worked late tonight will get the joke. The rest will just think I’m weird!

I’m really into Family Guy at the moment. I’m a bit of a late starter as it’s been going since 1999 and cancelled/reinstated several times. Stewie is my favourite character right now.

There was a film on TV while I was sketching, can you guess what it was from the film quote I scribbled on this page. Without googling it of course 🙂